This is an interesting review of a study of how effective ear plugs are in the workplace. We take for granted that people working in loud factories wear protective hearing, but many of the clubs, pubs, concerts and festivals that have as equal levels of sound. As they say below, it isnât mandatory to wear ear plugs in such environments, which defies common sense and possibly causes more damage than we understand. Here you can find the original source of the review.

A review of the literature turned up only two high quality studies that looked at whether wearing earplugs to music venues will prevent hearing loss and tinnitus directly afterward.

Dr. Wilko Grolman and colleagues at University Medical Center Utrecht in The Netherlands searched for published studies containing the keywords âmusicâ and âearplugsâ and screened 228 resulting papers. All but four were not eligible for inclusion in the review and only two were highly relevant and did not have a highÂ riskÂ of bias, in the reviewersâ estimation.

Two studies simply examined people who chose on their own to wear or not wear earplugs, while two randomized controlled trials tested what happened when participants were assigned to wear earplugs or not. 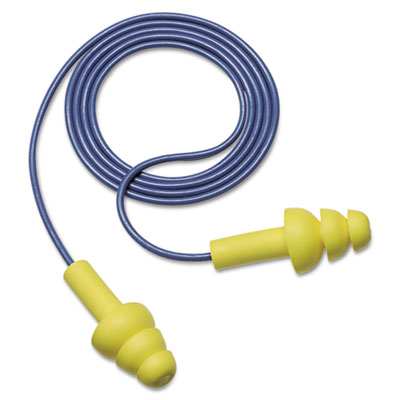 The two best studies were different enough that the researchers couldnât combine their dataÂ and analyze the results, the reviewers wrote. Both included 29 concert attendees and performed audiometry before and after the concerts. In one study, participants were allowed to choose whether or not they wore earplugs, and only three chose to wear them.

âFrankly, with such a small comparator group between three subjects and the others, it would be hard to assess validity of plugs or not,â said Dr. Jennifer Derebery, president of the Los Angeles Society of Otolaryngology and lead author of the first study.

âWe had trained them all in proper insertion, and encouraged but not required wearing them,â Derebery told Reuters Health by email.

In the other study, 15 participants were assigned to the earplug group.

In general, wearing earplugs did reduce hearing loss directly after the concerts, but did not eliminate it completely, as reported online March 3 in JAMA Otolaryngology-Head and Neck Surgery.

âEar plugs are effective in preventing hearing loss when they are used both correctly and consistently,â said Colleen G. Le Prell, the Emilie and Phil Schepps Professor of Hearing Science at the University of Texas at Dallas, who was not involved in the review.

For teens and young adults, repeat exposures to amplified music at clubs, concerts, festivals, or other related events may damage the inner ear and result in hearing loss, she said.

âMost concerts are both loud enough, and long enough, that they are likely to exceed the total daily exposure allowed by workplace safety regulations,â she said. âSound exposure also commonly occurs via loud music delivered via personal listening devices, at sporting or other recreational events, and at jobs that involve lawn-mowing, use of power tools, or construction services.â

For workplace noise exposure, âwe are not doing a very good job achieving correct and consistent use of hearing protection devices (HPD), including both ear plugs and ear muffs,â she said.

âIn the United States, it is relatively uncommon for music venues to provide ear plugs at no charge,â Le Prell said. Even if they were provided, people may need to be educated in why using them is important and in how to use them correctly, she said.

âAs a neurotologist, it really is upsetting to see these kids coming in younger and younger with a completely preventable hearing loss,â Derebery said.